With a broad female base a large number of sires have been used in the establishment phase of the Bassingbourn herd to achieve a good spread of leading Limousin genetics.

With all sires the aim has been to select the best of the Limousin breed type with character, muscling and power. Sires have been selected with the commercial market in mind and an aim to breed bulls and females suited both prime and store stock selection in a wide range of systems.

Using AI has allowed the herd to access some the latest Limousin genetics, while our line up of stock bulls are providing quality bloodlines for the future of the herd. 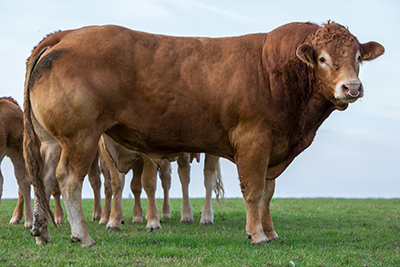 A son of the 24,000gns sire Clydevalley Arty, Freestyle is out of Wilodge Bream, an Oxygene daughter, and was bought at Newark in April 2012 for 6000gns. He was bought for his exceptional pedigree coupled with his breed character and presence together with his exceptional squareness over his plates and excellent locomotion. 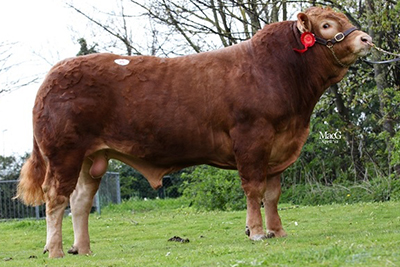 Festival was bought at Newark in spring 2012 for 8000gns. He combines excellent breeding, being a son of Brockhurst Columbus out of Brockhurst Batik. He goes back to the noted cow Ronick McAinsi on both his male and female sides and comes from a dam with an impeccable show record, with Batik having been breed and reserve interbreed champion at the Royal Highland in 2008.

Sired by imported French sire Perit B, Fusilier is out of Grange Uvinza, a Marquis daughter and has already left a number of exciting progeny in the Bassingbourn herd. He was bought for his exceptional shape, style and clean lines.

Also purchased from George Smith’s Grange herd Farquhar is a Boileau son out of Babouche, herself a Perit B daughter. Farquhar follows the mould of previous Grange bulls purchased for our commercial herd and is a long, clean, modern type of Limousin bull which we believe will knit well with many of our foundation females.

Purchased privately from the Hazard family’s Mereside herd Filip is a son of French sire Cidre out of Mereside Bivien, an Obus daughter. Filip caught the eye the minute we saw him and has already left some promising progeny at Bassingbourn.

This young bulls is an exciting addition to the sire line up at Bassingbourn and is a son of the noted French sire Tehix out of Mereside Appleblossom, a dam which goes back the breed legend Broadmeadows Cannon. Gilles offspring are awaited with great anticipation here at Bassingbourn. 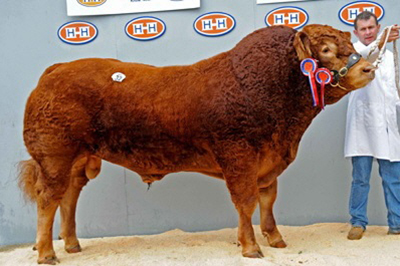 This 50,000gns son of Wiodge Tonka has been used selectively on heifers, with the aim of breeding calves with size, scope and vigour. His first calves at Bassingbourn have been easily born and shown plenty of get up and go. 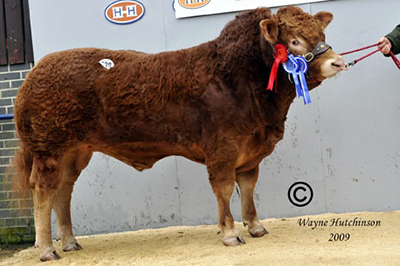 Comet, a son of the now legendary sire Wilodge Vantastic, has been used to breed shape, style and substance in to the herd and we believe he will be a perfect fit for many of our more powerful cows. His beef value of +58, well within the top 1% of the breed was also been an attraction, helping to breed performance in to the herd too.

This 35,000gns sire has been used across a select number of cows to breed shape and stretch in to the herd. Sired  by Cloughhead Umpire, Deus is from the same female family as the outstanding heifer Foxhillfarm Gracie and is renowned for leaving progeny with great muscling and breed character. 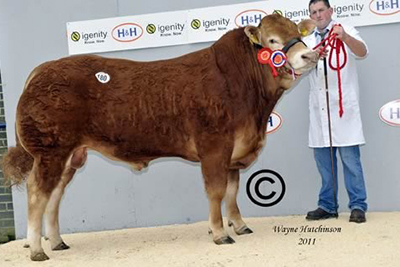 Another son of the 42,000gns Wilodge Vantastic, Franco combines two of the legendary breeding lines in the Limousin breed, being out of a dam by Sympa. This combination of Vantastic and Sympa is one we believe will fit well with the Bassingbourn females and he has been used to breed style and loins in select females. 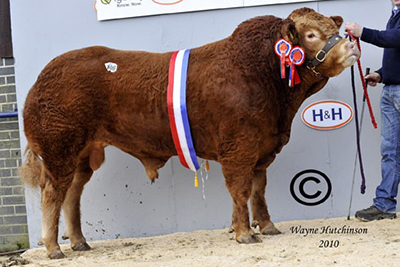 A son of the noted French bull Objat, Empire has been used on a number of the herd’s larger, more powerful females to breed progeny with shape and width. We are excited by his first progeny and look forward to his daughters joining the herd in future. 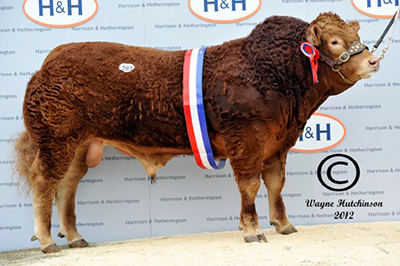 The world record priced Limousin bull Fabio is a son of Fieldson Alfy and was sold for 120,000gns in February 2012. Fabio combines his strong sire line with a dam by Mas Du Clo and carries exceptional performance figures too, being in the top 1% of the breed for 200 and 400 day weight. 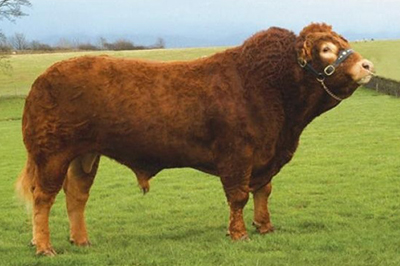 This strong, powerful bull with frame and width has been selectively used on females in the Bassingbourn herd to breed frame and substance in his progeny. We believe Regal sired bulls will make excellent prospects, combining muscle and power.

An extreme muscle sire, Bahut retains exceptional breed character and locomotion. He is by Uruguay and is leaving superb progeny already in many UK herds.

A bull from the old school Jockey is a breeder of great muscle and power and has been selected for use at Bassingbourn to bring breed character and style to the herd in equal measure with his great shape and size.